When attempting to reduce costs, some businesses neglect machinery maintenance, such as hydraulic repairs in Hamilton, until they appear severe. However, the sooner you catch a problem, the more affordable it will be to fix. Early maintenance could save you a small fortune over the long-term when you consider equipment upkeep costs.

Considering the issues that hydraulic repair can solve, our services are very high-value. Here are three problems that you can avoid by repairing faulty hydraulic parts sooner:

Short equipment lifespan. A broken hydraulic pump can cause extensive damage to the range of components inside your machines. If you neglect seemingly minor issues, such as loud noises coming from the pumps, you could end up reducing your equipment’s lifespan significantly. Rather than letting your repair and maintenance costs spiral out of control, always call us for hydraulic repairs in Hamilton the moment when you suspect that something’s amiss.

Inefficiency in the workplace. If your equipment fails, your employees won’t be able to work. This inefficiency could cost you thousands of dollars in downtime. Our engineers can fix most problems within minutes, especially if they’re caught early. We’ll ensure that you return to business-as-usual in no time.

Potential safety hazards. You shouldn’t rely on your equipment’s fail-safe systems to protect your workers. Faulty heavy machinery can be dangerous to anybody who uses it or works in proximity. If you want to maintain a safe working environment, you should call us for routine maintenance to prevent the need for major hydraulic repairs. 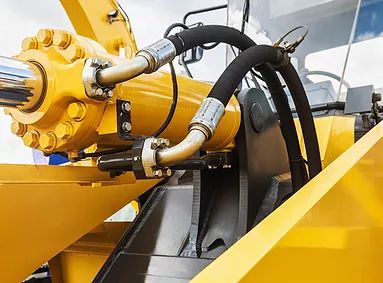 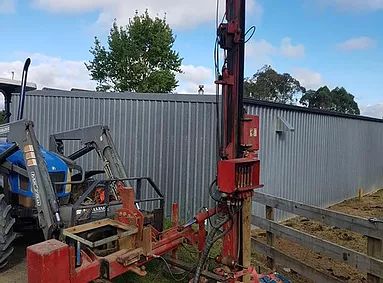 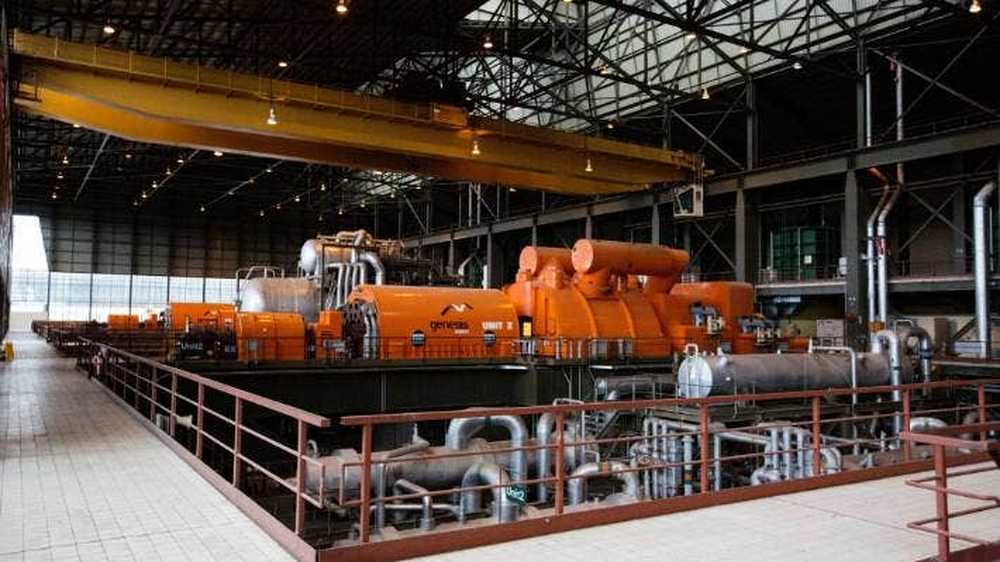 How do you know if you need our hydraulic repair service in Hamilton? How often should you visit an engineer? These tips will help answer your questions:

Watch out for early warning signs. A loud hissing noise emanating from your hydraulic pumps is an indication of a potentially severe issue. Don’t ignore such a sound assuming that it won’t affect the functionality of your machinery. Instead, call us for repairs, and we’ll ensure that your workplace remains safe and efficient.

Only trust qualified engineers for hydraulic repair services in Hamilton. Any engineer who provides hydraulic pump maintenance and repair services should be able to prove their experience, credentials, and insurance details. Call us, and we’ll give you a breakdown of our promises to our clients.

Ask your engineer to provide quality and time guarantees. Broken machinery that causes business downtime can harm your bottom line, making efficient repairs a necessity. Make sure that you work with engineers who offer accurate timeframes and price guarantees. It’s a wise idea to check their refund policies, too. 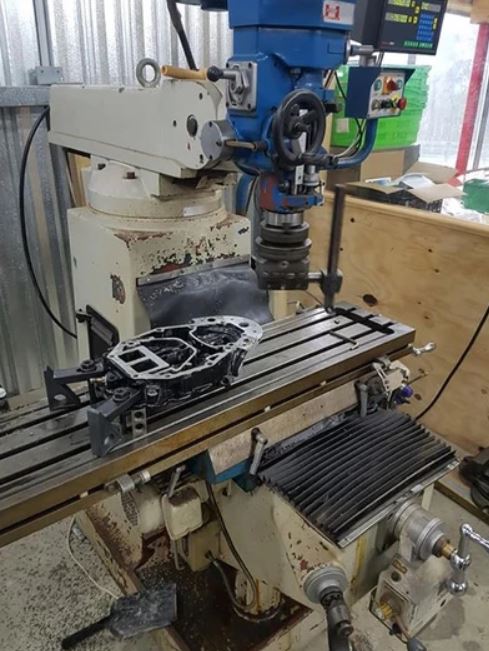 Call Or Send Us An Email & We'll Reply As Soon As We Possibly Can.

Why Waikato General Engineering Is Cost-Effective

At Waikato General Engineering, we’ve remained a leading industry figure in Hamilton for years thanks to our high-value prices and exceptional craftsmanship. In addition to hydraulic repairs, we offer welding, fabrication, and automotive services. If you want to find out how we can maximise the lifespan of your machinery to save you money and hassle, contact our professionals.

Maintaining equipment to operate at its maximum capacity is key to ensure smooth operation, hence the need for hydraulic system repairs in Hamilton. As is the case with other essential equipment, regular servicing will enhance its performance and prevent future damage.

Call Or Send Us An Email & We'll Reply As Soon As We Possibly Can.

These systems are extremely popular because they are highly effective and efficient. They transfer energy or power to other locations while using fewer components.

There must be a constant flow of liquid for the system to work. In the case of a blockage or if the liquid is re-routed somehow, it results in a drop in the pressure of the hydraulics, which is proportional to the energy it produces. The moment the pressure drops, the efficiency of the system does too.

Keeping the temperature regulated. This regulation is a method to ensure the system is fully operational and doesn’t break down. As the temperature rises, the liquid loses robustness, thus negatively impacting the performance of the system. Being aware of changes in temperature prevents future losses.

The building blocks for hydraulics were put in place as far back in the 17th century. Early hydraulic presses were used to push beer from the cellars to the bar taps.

Benefits of Hydraulic Systems in Hamilton

This equipment is described as malleable and straightforward with sharp movements and has several benefits.

The system is controllable. Since a human operates the equipment, it is controlled in the workplace. It can be stopped, slowed down, accelerated and started at any given time by the operator. Clearly marked buttons and levers simplify the process.

Maintenance is convenient. The system uses fewer moving components which streamlines the servicing process. Spotting leaks in the hydraulics is straightforward, and it features centralised lubrication which automatically lubricates the required points.

It’s a safe system. They’re safe to use on chemical plants or even mines because they do not cause sparks and is a remarkable safety benefit of the hydraulic systems. In essence, it can regulate the temperature of the liquid in a scorching environment which prevents accidents.

Hydraulic systems produce a constant force which is multiplied during the process while transporting an incompressible fluid from one point to another. More often than not, various oils are moved using this system because of the safety factors.

We started as a casual business but has grown immensely in recent times so that we’ve become a permanent fixture in general engineering. Our owner and operator, Ben De Lacy, is passionate about engineering and strives to complete his work to high standards. Aside from hydraulics, we also do welding, structural repairs for vehicles, fabrication and other services.

Contact us for a free, no-obligation quotation. Whatever your general engineering requirements are, we’re qualified and experienced to provide a solution.

The Value of Good Service During Hydraulic Ram Repairs in Hamilton

Where can you turn for hydraulic ram repairs in Hamilton? When critical hydraulic equipment loses its seal or otherwise fails in its role, an expensive replacement might appear to be the only option. With skilled hands and the right experience, however, repairs are certainly possible. At Waikato General Engineering, we can be your local resource for this vital process.

Why should you come to us when with leaking or bent rams? Here's why we're the ideal option:

We have a fully equipped shop that makes it simple for us to do everything from ram repairs to brand new hydraulic builds to suit almost any demand on the job. With the right tools and plenty of experience handling these repairs for others, we'll make quick work of the problem.

We know that time is often one of the most pressing issues you face, and we work quickly to ensure a faster turnaround. At the same time, we never cut corners and always assure the quality of our repairs.

We're cost-competitive, and when combined with the other benefits we offer, deliver some of the best value in town. Why should you worry about paying more than replacement cost for a repair? We're here to help make things last.

When you choose to forge a partnership with our team, we'll always go the extra mile for you. When you bring your equipment to our shop, you can anticipate:

A high degree of attention to detail. We carefully break down the ram, examine the components to determine what went wrong, and make the necessary fixes to restore functionality. We then reassemble the ram, taking care to properly and fully seal the hydraulics to prevent any future leaks, and test the hardware. Only once we're satisfied that we've fully repaired the ram, will we return it to you.

Top-notch customer service that makes the entire process easier for you. From answering questions you have at the start of the process, to letting you know promptly when we've finished the repair work, you'll never be "in the dark" about what's happening to your equipment.

Access to additional services. At Waikato General Engineering, our skills extend beyond hydraulics and into many other areas. Let us know how we can support your efforts today.

Independently owned and operated, Waikato General Engineering is a family business driven by a desire to provide excellent service at the right price. Our values emphasise treating our clients with respect, from working quickly to reduce your downtime, to providing an excellent experience from start to finish. When your hydraulic rams develop problematic leaks or stop functioning altogether, allow our team to drill down to the problem and produce a solution that gets you back in business. Contact us today for assistance.

We strive to provide only the highest quality of services to our clients. Give us a call today and we will be happy to answer any questions that you may have. We look forward to hearing from you.

or leave a message using the form below